Concepts such as drift and psychogeography (reflections on ways of seeing and experiencing urban life and the effects of the geographical setting on people's emotions and behaviour; and even further, the search for public spaces, living spaces apart from the spectacle in which individuals are imbued, spaces in which anything might happen), the construction of situations, détournement (the artistic and political possibility of taking an object created by capitalism and distorting its meaning and original use to produce a critical effect), have had an enormous influence on the creative work of many sound artists working with aurality and the geographical setting: field recordings, sound landscapes, audio X-rays of urban environments, in short, capturing the sound moment… And drift, meaning on the one hand a sound register/journey, a stroll as an acoustic experience, and on the other hand the sound process in and of itself. 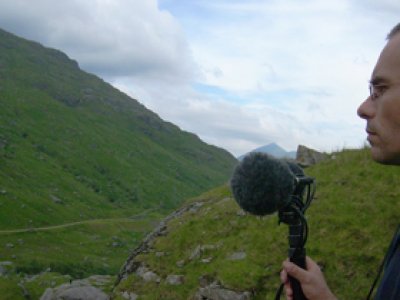