Started in 2010, the Museo Reina Sofía’s programme of master lectures marks the beginning, or end, of the annual academic activity conducted in the Museo, comprising a series of MAs, study programmes, debate groups and research residencies, run in collaboration with different universities.

Following the previous master lectures, which looked to recognise the methodological tensions that have transformed art history in recent years, by Linda Nochlin (2010), T.J Clark (2011), Simón Marchán Fiz (2012) and Hans Belting (2013), this year’s edition is centred upon Benjamin Buchloh.

On this occasion, it will be split into two sessions to focus on two artists and two modes of production that have characterised the work of the German historian, found between critique and the university. One is a research seminar on Marcel Broodthaers and the other a public lecture focused on Gerard Richter.

Benjamin Buchloh is editor of the journals Interfunktionen (1969–1975) and October (since 1990) and Andrew W. Mellon Professor of Modern Art from the Department of Art History and Architecture at Harvard University. His work has keenly recovered the critical legacy and structural challenge of artists such as Marcel Broodthaers, Michael Asher, Dan Graham and James Coleman. The essays compiled in Neo-Avantgarde and Culture Industry. Essays on European and American Art from 1955 to 1975 (The MIT Press, 2000) are characterised by their analysis of the return to the idea of the Avant-garde in changing post-war capitalism and their pivotal definition of the so-called institutional critique as a driving force behind conceptual practice in contrast to the culture managed by cultural institutions in the same epoch. By the same token, the tension between opposing historiographical categories dominates both Formalism and Historicity: Models and Methods in Twentieth-Century Art (2004), (Akal, 2004) and Art Since 1900: Modernity, Antimodernity, Postmodernity (Akal, 2006, co-edited with Rosalind Krauss, Yve Alain Bois and Hal Foster). The deeply held conviction in the critical and resistant role of the museum and contemporary art in the trivialisation of entertainment is one of the defining traits of Benjamin Buchloh’s writing and thinking. 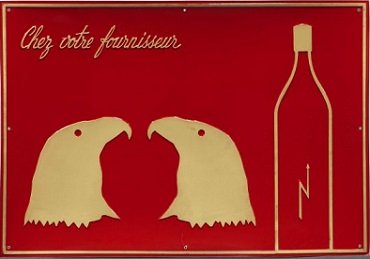 Attendance: free admission by writing to centrodeestudios@museoreinasofia.es indicating your interest and training. The seminar will be held in English without simultaneous interpretation. Limited places.

In 1968 Marcel Broodthaers founded the Museum of Modern Art. Department of Eagles, a museum with no collection and no definitive location, divided into different sections reflecting, through art reproductions, daily objects and images, the iconography of power in its clearest manifestation. In 1970, he added the “Financial Section”, the function of which was to sell the museum by destabilising market prices. Broodthaers appeared to envisage the catastrophic reverse of the current modern art museum: an institution devoted to exhibiting and certifying the miracle of the transformation of nothing into the unimaginable accumulation of value. Is it possible, in light of the Belgian’s work, to counter this model with the one in which the museum is an institution that inherits the illustrated public sphere? Is it possible to imagine another affirmative and critical museum that structures and deconstructs its public and counteracts the logic of the fully integrated museum? 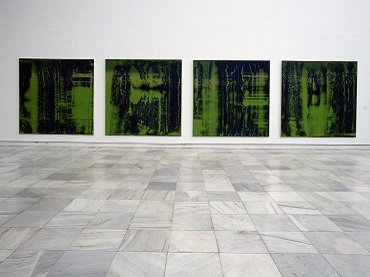 From Birkenau to Dresden: Memory in the Abstract Works of Gerhard Richter

Gerhard Richter’s most recent work, entitled Birkenau, is inspired by the publication of four photographs secretly taken by prisoners at Auschwitz and subsequently published by the French art historian Georges Didi- Hubermann in his book Images in Spite of All (2004). Richter’s group of abstract works, after being reformulated in the space of a year, were duplicated and digitised and installed this year in Dresden, the artist’s hometown, for the 70th anniversary of the liberation of Auschwitz. Connecting his city with the history of German Nazism, precisely in the most notorious location of destruction caused by Allied bombing, once again Richter places his spectators before the height of mnemonic challenges, with an unmanageable past and a continued reflection on human brutality in the 20th century and in the present.