Born Eric Oteyza de Guia, Kidlat Tahimik, which means “silent lightning” in Tagalog, is a linchpin of recent Philippine avant-garde film-making. Among Filipino directors of international distinction such as Khavn de la Cruz, Brillante Mendoza and Lav Diaz, he is regarded as an indisputable master of Philippine film, with his filmography also denoting the end of Third Cinema, the film movement from third-world countries that was prevalent in the 1960s and 1970s and championed “imperfect” film-making, as Cuban director Julio García Espinosa defined it, with scant resources and as a weapon of combat and emancipation from the first-world film industry and ideology. The themes of Third Cinema — inequality, the tyranny of progress and cultural and political imperialism — are also at the forefront of Tahimik’s work, yet rather than being treated in the black-and-white vein of exploited versus exploiter they are an intrinsic part of the third-world experience and life. Thus, Tahimik is one of the first film-makers to understand globalisation as a phenomenon in which these different worlds or states of development co-exist inside the same country, and to relate it to the desires and aspirations of subjects, just like the film-maker himself, who can move between the technological dream of a journey to the moon and the search for indigenous authenticity.

Kidlat Tahimik’s film-making decries forced growth and development and the cultural and social homogenisation this model implies, whilst innovatively steering clear of the social realism and factual documentary that prevailed around these issues during the 1970s, the period in which Tahimik produced his pivotal features. The film-maker overhauls the comedy genre by revamping the figure of the clown in cinema, from Charles Chaplin to Jacques Tati, a clown he plays and that experiences the contradictions of globalisation and continues to interrogate and investigate, with those accompanying him, other forms of living in the world. Because, when all is said and done, perhaps gullibility and absurdity are the best tools against developmentalism. 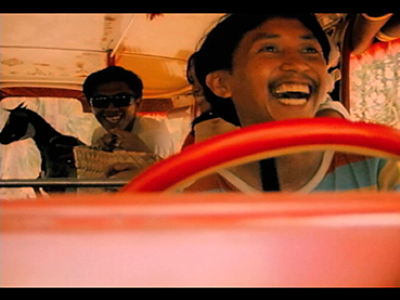 —With a presentation by Chema González, head of the Museo Reina Sofía’s Cultural and Audiovisual activities, in the first session, and by curator and film programmer Juan Guardiola in the second.

“I am Kidlat Tahimik and I choose my vehicle” are the words that introduce a young film-maker and the leading actor in this debut feature film, a cult classic, as he crosses a bridge — a metaphor for modernisation — pulling a toy car. Tahimik drives jeepneys, army jeeps converted into buses and customised with popular motifs and gaudy colours, which travel the route, the bridge, between the countryside and the big city. He is obsessed with Wernher von Braun, the aerospace engineer who built the rocket that took the United States to the moon, and dreams longingly of the West. After a summit of world leaders wearing safari suits in the Philippine jungle, the protagonist is invited to go to Paris, where he will see, first-hand, this yearned-for modernisation: “bridges, bridges everywhere!”. However, he also comes across its contradictions, or perfumed nightmares: cities obliterated by mega-structures, such as the Centre Pompidou under construction, filmed by Tahimik as if it were a large supermarket, and excessive ambition (“if small chimneys work, why the big ones? If small planes work, why the flying super machines?”). In short, this film is a vivid succession of gags that pass from being seduced by the West to relinquishing it. 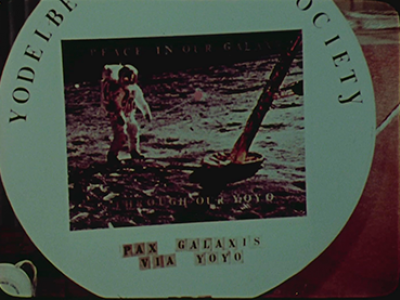 —With a presentation by Sabrina Boutselis, a Filipino-North American art historian, in the first session.

Few people have ever wondered what the yo-yo and moon buggy have in common: both are Filipino inventions. The first, a hunting tool invented by Malayan indigenous people in the sixteenth century; the second, a version of the jeepney Filipino engineer Eduardo San Juan put forward to NASA. Fewer still have wondered, as the protagonist does in this parody of the aerospace Cold War, if it’s possible to yo-yo on the moon. Will it go down, up, or stay still? With this target and the visionary help of a group of children, the protagonist founds the Philippine Official Moon Project (POMP), which will send an “underdeveloped” person to the moon for the first time. The rocket draws inspiration from the bell towers of colonial churches in the Philippines, with its energy source coming from boiling onion and its thrust from the first woman, not man, to walk on the moon: the Virgin Mary, as revealed in the iconography of the Immaculate Conception. The film, as the credits proclaim, “is a third-world space spectacle”. 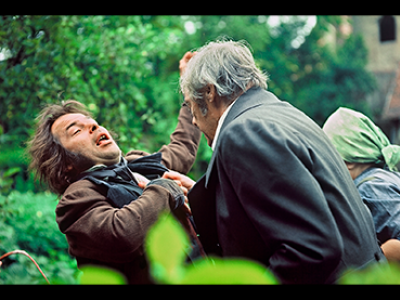 —With the presentation of Pablo Maqueda, filmmaker, author of Dear Werner. Walking on the cinema (2020), in the second session

A historical drama by late-Romantic and irrationalist film-maker Werner Herzog, a close friend of Kidlat Tahimik’s and the person who encouraged him to take the leap into directing. The film is the nineteenth-century tale of a wild boy, a young adolescent held prisoner for years due to his controversial noble origins (according to speculation) and unable to speak, write and eat anything other than bread and water. A reflection on the extreme violence of social norms and the purest innocence of the misfit, Herzog’s film also sees Tahimik play a key role: an indigenous man paraded as an attraction in a human zoo — Kaspar Hauser’s equal in otherness and kidnapped over his exoticism, doomed to be repeated by conventional society. This performance would impel the examination of the Western colonial apparatus that runs through Kidlat Tahimik’s oeuvre. 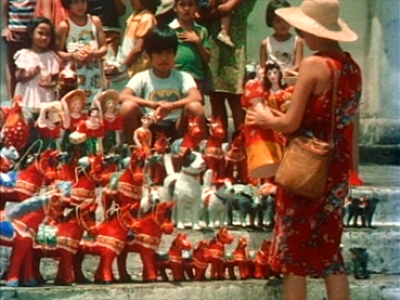 —With a presentation by Anna de Guia Eriksson, Philippine film-maker and programmer, in the first session, and a conversation between Kidlat Tahimik and Chema González in the second.

Half ethnographic documentary, half anti-capitalist fable, Turumba is the story of a village and how its traditional rituals transform through the appearance of a factory and standardised production. The village of Pakil (Philippines) holds the procession of the Lady of Sorrows as villagers dress in all their splendour for the occasion. A local sculptor and his son sell papier-mâché dogs in the street and a German tourist, associated with department stores in Munich, appears and buys them all up and commissions a large shipment. As a result, the family business becomes a large factory of child labour and, from one day to the next, the ritual time of procession is replaced by the accelerated and standardised rhythm of the factory. When a truck arrives to cart away the dogs, the child-workers wave unreservedly. The narrator’s voice concludes with the phrase: “we don’t know if the children are waving at the truck or at the devil because it’s finally leaving”. 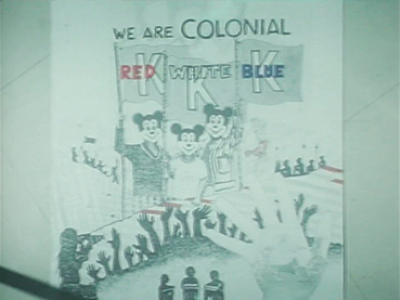 —With a presentation by Kidlat Tahimik and Kidlat Gottlieb Kalayaan in the second session.

A wondrous film on contemporary Philippine history stretching across a vast compendium of ten years seen through the eyes of a child, Kidlat Gottlieb, the film-maker’s son, and an amusing and educational chat with his father. This film collage is key to understanding the Philippines today, and its influence radiates towards other decisive pictures in recent Philippine film, for instance Lav Diaz’s Evolution of a Filipino Family (2004). The film is articulated between the intimacy of the father-son relationship and the public relevance of the events it portrays, two aspects that bestow this historical epic with a personal and poetic quality. The film is split into three parts and an epilogue: I Am Frivolous Green, 1981–1983 narrates the journeys of an international film-maker through North American counterculture, with Dennis Hopper and Francis Ford Coppola, while it reflects on the third world, Ferdinand Marcos’s dictatorship and the assassination of Benigno Aquino; I Am Furious Yellow, 1983–1986 documents the yellow-coloured social tides against the dictatorship, up until the electoral triumph of Corey Aquino, reflecting on what it means to be Filipino; I Am Curious Pink, 1986–1989 revolves around the way of life of indigenous peoples in the Cordillera Administrative Region (RAC), nuclear disarmament, paramilitary groups and art movements rooted in a desire for peace; and, finally, We Are Disastrous Gray 1989–1991, which centres on the legacy of North American occupation and on efforts, real and symbolic, to rebuild the Philippines after an earthquake. 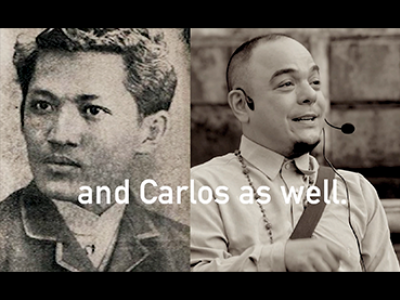 —With a presentation by José Manuel Bueso Fernández, co-writer of Camino Rizal, and Kidlat Tahimik in the second.

Invited to programme a session in this film series, Kidlat Tahimik has selected two pieces on José Rizal (Philippines, 1861–1896), a man of letters, doctor and politician and author of the novels in Spanish Noli me tángere (1887) and El filibusterismo (1891). A leader of Philippine independence and educated in Madrid, he was executed at just 35 years of age in Manila by Spain’s colonial government. Camino Rizal is a documentary essay and a medium-length film that spotlights the tour by Philippine artist and performer Carlos Celdrán (1972–2019) in Madrid on the life of José Rizal and which, with the collaboration of artists and members of the Philippine community in Spain, brings the debates started by Rizal into the present. The second film is a Filipino fictional blockbuster which narrates the life of Rizal as a figure of vicissitudes, trapped between a yearning for modernisation and the need for emancipation from colonial power. As with Enrique de Malaca (1495–1521), the Philippine slave of Fernando de Magallanes, José Rizal is a source of fascination for Tahimik, his thought hovering over many of the film-maker’s reflections. 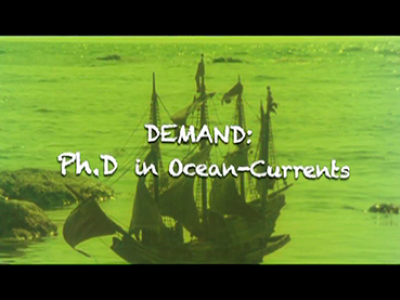 —With a presentation and performance by Kidlat Tahimik in the second session.

This is a film that has been re-edited repeatedly, a work in progress developed across different decades. It narrates the story of Enrique de Malaca (1495–1521), the Malayan slave and interpreter of Fernando de Magallanes who, according to different historical interpretations, could have been the first person to circumnavigate the globe, upon returning, in 1521, to the Philippine archipelago (his birthplace), before Juan Sebastián Elcano returned to Spain in 1522. Balikbayan is also a Tagalog term for foreign “guest worker”, a bureaucratic situation which has also affected Tahimik and makes him identify with the Filipino migrant community. Enrique de Malaca, therefore, constitutes the first balikbayan. The film-maker develops the idea that Enrique de Malaca, after being granted freedom by Magallanes, became a sculptor and made similar sculptures to the ones that populate Tahimik’s exhibition organised by the Museo Reina Sofía in the Palacio de Cristal. Ultimately, the film is an exploration of the epic Western narrations on “conquest” and “discovery” from the point of view of the other.