This summer film series explores one of the contemporary cinematographies that, although very interesting, is among the least distributed in Europe. Midway between new auteur voices and the poetics of documentary, this series shows how film responds to a situation of provisionality and how it imagines the future from the vantage point of uncertainty.

The audiovisual series Imminent Mexico looks at how a generation of filmmakers deals with a present that is provisional, that has major changes looming, and it reveals how an uncertain and immediate future is imagined, due to the difficulty of foreseeing the long term. The twelve films comprising the program, by filmmakers such as Carlos Reygadas, Nicolás Pereda, Juan Carlos Rulfo and Michel Lipkes, and others, offer a critical commentary of the country's current situation, while at the same time exploring a range of themes, forms and styles that in recent years have given Mexican cinema considerable international recognition. The films programmed transit between purely documentary strategies to the resources used in fiction, including a dose of the irreverent spirit typical of experimental film, but most of all they show the blurring of obsolete frontiers and a marked hybridisation between genres.

This new cinema, identified with a type of filmmaking that can be described as 'on hold', favours the creation of atmospheres over orthodox narratives, presenting palimpsestic, surreal or minimalist narrations and chaotic and desolate landscapes that reflect the tacit violence permeating everyday life. The uncertainty of the future has prompted various filmmakers to focus on people's interior lives, subjective experiences and family dynamics. Their work invites viewers to journey through fragmented territories, to inhabit parallel worlds that point to the strange geography formed by migration circuits and organized crime, or to follow subjects who are lost in thought, absorbing the uncertain present and being pulled by the undertow of the future. The detachment of this contemplative cinema evokes the state of alienation of a country in which a perpetual state of alert has become the norm; the visceral nature of a cinema 'on hold' documents the bodies that dramatize social deterioration while the comedy of the absurd reminds us that the end of the world responds to a number of different logics. It can be dramatic, it can be a slow fade to black or it can be the indication of a liberating optimism.

In this respect, the selected films offer glimpses instead of exact visions, they produce distorted refractions more than precise reflections or mirror images of reality; some films intentionally lose their focus, showing only glimmers, fragments, mirages; they reveal some aspects of the world while simultaneously concealing others; in short, they observe reality, assuming its inevitable aura, a key aspect of an aesthetic and a cinema of imminence that is having a considerable impact on contemporary audiovisual culture. 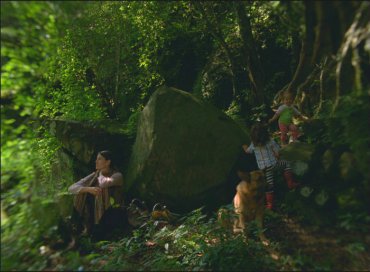 With this film – which has been polemical since its premiere – Reygadas opts for a hermetic discourse to explore the oppressive violence infusing the social spectrum in Mexico. With rigorous formalism, the film launches the spectator into a dense chronology that captures the collapse of a man dragged along by the inertia of his life. What is apparently a self-imposed exile in the countryside with his family does not free him of his sense of alienation; neither the rural idyll nor the everyday activities he shares with the locals calm the irrational attacks of fury and loneliness. 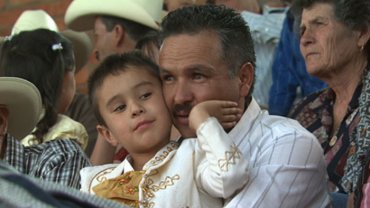 Technical credits: 2008. Mexico, in the original Spanish, colour and sound, 98´.

This film portrays several towns inhabited exclusively by women and children, no men whatsoever, as a consequence of the transformation occurring in Mexico's rural communities due to migration to the United States. Rulfo and Hagerman document the intimate consequences of migration, how these consequences change everyday life, projects and aspirations, using a singular poetic of abandonment to address a theme commonly found in Mexican cinema.

Technical credits: 2012. Mexico, in the original Spanish, colour and sound, 80´.

As an example of a violent response to a catastrophic state of affairs, this film portrays Mauricio Fernández Garza, the controversial mayor of San Pedro Garza García, in Monterrey, Nuevo León, the richest and safest municipal in all of Latin America. A radical and unpredictable figure, his ideas and strategies for keeping order have led to major debate at the national level. Is fighting crime from outside the law a valid solution? What are the consequences of a state alongside the State? 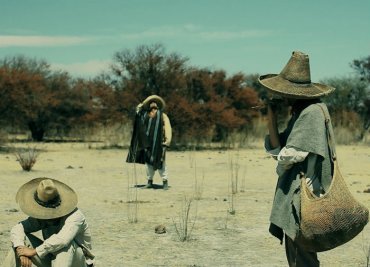 Technical credits: 2013. Mexico and Denmark, in the original Spanish, colour and sound, 63´.

Pereda and Secher Schulsinger deconstruct the collective myth of the Mexican Revolution, inquiring into how history and the past are integrated into the present. On the one hand, the film tells the story of three men lost in the desert hoping to join the armed struggle and, on the other hand, it shows a series of rehearsals and auditions with different actors who improvise dialogues for a film about the Mexican Revolution. 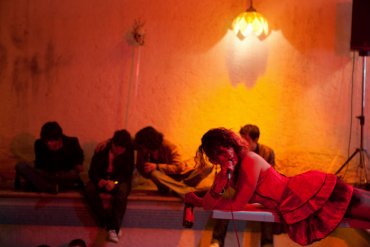 Technical credits: 2011. Mexico, in the original Spanish, colour and sound, 78´.

What are the radical ideas and insurgencies of today, the result of the unfinished processes of independence and revolution? Behind Ray and Ramona's turbulent relationship, this film exposes class contradictions and rocks the artificial pillars of national unity. It draws a dramatic line that oscillates between self-sabotage and extreme idealism, coalescing in the couple's iconoclastic impulse to pulverize the Basilica of Guadalupe, with the idea of “creating a better world”. 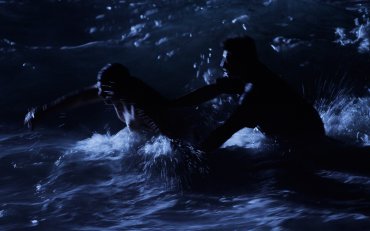 Technical credits: 2012. Mexico, in the original Spanish, colour and sound, 93´.

In this film, the adolescent body becomes the record of a reality torn apart by traumas, chaos and paralysis. After the death of her mother, a young woman and her father move to the capital city. She soon becomes the target of her classmates, but she resists stoically so as not to upset her father. Franco constructs a revealing and precarious suspension, between extreme violence and silent resistance. 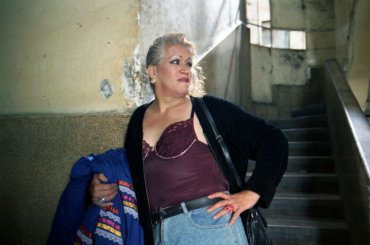 Technical credits: 2012. Mexico, in the original Spanish, colour and sound, 95´.

With a highly theatrical mise-en-scene, Roberto Fiesco portrays the memory, strength and vitality of two women who have faced a series of losses. Inhabitants of a world of memories, Coral Bonelli, now a transgender actress and dancer, along with her mother, Lilia Ortega, who is also an actress, share with each other and with the spectator a series of tragicomic testimonies. The film highlights the prejudices still associated with the body and with identity, and the fight against them. 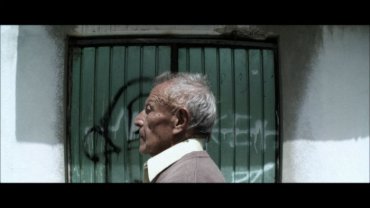 Technical credits: 2012. Mexico, in the original Spanish, colour and sound, 75´.

Using a minimalist style, Michel Lipkes captures the everyday gestures of an old man in Mexico City, on his last day of life. The film deals with the proximity of death, showing the protagonist's attempts to remain steady in a world that is pushing him out. Extended time and slow-motion gestures illustrate a banal day, a decrepit place and an old man in decay but who tries, in spasmodic impulses, to hold on to life. 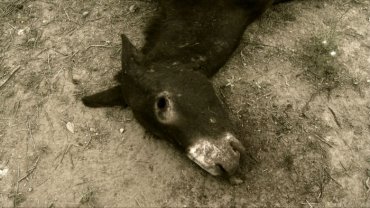 Technical credits: 2011. Mexico, in the original Spanish, colour and sound, 90´.

On a ranch in the Sierra de Coahuila, in northeast Mexico, the severe droughts that plague the area seriously threaten the health of its inhabitants. This documentary records the resulting exodus but also resistance and strategies for survival. Cuates de Australia is an example of how the cultural imaginary regarding a territory can become an archipelago of topographies as uninhabitable as they are inevitable, a forgotten space in which to try out new paths of resistance. 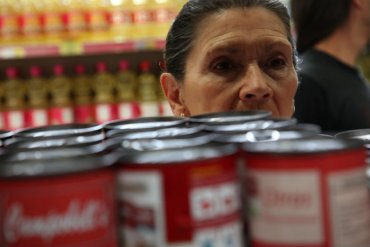 Technical credits: 2011. Mexico, in the original Spanish, colour and sound, 80´.

A mother looking for her son, fearing he has been a victim of organized crime, and a young woman fleeing from a stormy past. Between the morgue and a residential building, the steps of these women draw in spectators and show them the insides of a Mexico that is surprising and at the same time familiar. The film's cathartic moments allow Márquez to experiment with another way of navigating through the social configurations generated by drug trafficking, the mafia and the vestiges of an obsolete patriarchy. 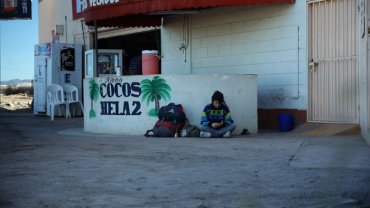 Technical credits: 2012. Mexico, in the original Spanish, colour and sound, 87´.

Using the structure of a road movie, the director captures the state of vulnerability and impenetrability typical of adolescence. The film follows a young woman whose sudden decision to leave the vacuum of her life at home and school leads her to cross the uncertain landscapes of Northern Mexico, revealing improbable moments of shared solitude. Mariño looks at the turbulent transition from childhood to the adult world without falling prey to the clichés often appearing in narratives about adult transition. 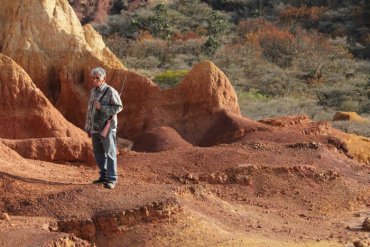 Technical credits: 2013. Mexico, in the original Spanish, colour and sound, 88´.

Shot during the first rays of the morning sun or in the fading light of the late afternoon, Penumbra paints a picture of daily life and poverty in rural Mexico, with its characteristic slow pace of life and with very little dialogue. The story's main character, an old hunter in his final days, lets viewers read between the lines about the violence that saturates the country's rural areas. With its contemplative character, Penumbra alludes to a cinema 'on hold', but also to the non-time created by the absence of a future.

Free admission, but space is limited