News from Ideological Antiquity: Marx/Eisenstein/Capital (2008) is one of the most complex and monumental films of recent film history. Throughout the almost nine hours that the film lasts, its director, Alexander Kluge (Germany, 1932), offers his own construction of Eisenstein's unfinished project of filming Capital by Karl Marx, an idea conceived after a feverish encounter between the Russian filmmaker and James Joyce in 1927. News from Ideological Antiquity is also a new twist of the screw towards understanding the contemporary spectre of Marx, through a phantasmagoric image comprising free association and the montage of ideas, capable of re-imagining cinema as a medium for criticism and for knowledge.

While this film certainly shares in the current wave of interest focused on Capital, Kluge distances himself from the celebrations and literal revisits that have dominated of late, to instead build an allegorical story in which, while the text is the melancholic potential of an unrealised radical project, the subtext is the redemption of the present through a rigorous excavation of the past. News from Ideological Antiquity thus becomes a broad transversal archive that contains film within film, images of history and catastrophe during the 20th century, fragments of opera, interviews with different thinkers (Peter Sloterdijk, Oskar Negt, Hans Magnus Enzensberger…), segments of acted fiction, pedagogical efforts and fragments of text and speech interwoven between the images. Within this torrent, Kluge seems to point to how the media are both ruins of the past and models of the future. "The history of cinema continues to be a challenge", he writes; "it is like a Phoenix, it dies and then it rises again. In about 1929, when Eisenstein wanted to make a version of Marx's Capital, right at the dawn of talking cinema, old cinema died for commercial reasons and was reborn in a different place. It's the same now: cinema is dying out  in cinemas and is coming to life on the Internet".

So, with a practice close to what is occurring in film today, in terms of it dissolving, and based on fragments and collage, Kluge – paradoxically – reaffirms film. A kind of film that is not a space for self-representation of what exists, like the cultural industry that his professor, Theodor Adorno, described, but rather a sphere in which to introduce Adorno's negativity and to reflect on counterpoints.

This screening of News from Ideological Antiquity takes place in a single session, with a short break between each of its three parts, so as to create a different experience for viewers, and at the same time, to recover the parallelism which, as Miriam Hansen suggests, Kluge seeks to establish between contemporary and primitive cinema, as an open and de-hierarchised event.

Marx and Eisenstein in the Same House 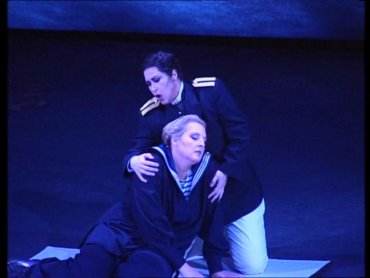 All Things are Bewitched People

Paradoxes of the Exchange Society

Free of charge, but space is limited