This series of lectures reflects on the new forms of materiality underlying contemporaneity. The art of recent decades has been shaped by its taking the processes of dematerialisation described by Lucy Lippard in the late 1960s to the extreme; namely, the now off-centre position of the object, the development of project-based practices, the changes to the status of art work and the displacement of the concept of authorship. This setting has been questioned by new paradigms which lay out new relationships between the object, experience and the body. Thus, the return to materiality opposes the virtual hegemony of today’s digital society, whereby cultural and economic spheres have been subsumed under identical immaterial dynamics of production and consumerism.

Therefore, the series encompasses ideas for debate, from disciplines such as art history, performance studies, anthropology and the philosophy of science. It sets out to contemplate how the transformations of materiality have impacted on the modes of collecting, archiving and exhibiting objects; how the limits between inert objects and living bodies from a post-humanist perspective have become indistinct with regard to the forms of creative work that have become commonplace in the post-industrial world; and the disruptive potential of magic and ritual in the face of technocratic logic, as well as the mounting interest in the physicality of cultural artefacts. This displacement must not be interpreted as a shift towards formalism, but rather a symptom of the need to analyse current artistic practices from the dynamics governing a new historical period.

Carmen Bernárdez is an art historian and professor in the Contemporary Art Department at the Complutense University of Madrid. Her international academic studies in two traditionally opposing disciplines — art history and restoration — outline a research arc focused on the technique of the artwork understood as a cultural process. Drawing from these directives, she has written essays, edited catalogues and curated exhibitions on avant-garde artists across history, such as Ángel Ferrant, Pablo Gargallo, María Blanchard and Pablo Picasso, and has published the books Historia del arte. Primeras vanguardias (Planeta, 1994), Joseph Beuys (Nerea, 1999) and María Blanchard (Fundación Mapfre 2009), as well as contributing to a broad number of collective publications.

Carlos Fernández-Pello. Is an artist, designer and professor at IED Madrid. He combines his artistic practice with curating, audiovisual production, writing and DIY, and, through the object, his work focuses on a broad range of speculative and epistemological interests. He is the author of Saber Parcial/Sabor diagonal: imágenes del texto y producción de conocimiento desde el arte (the Complutense University of Madrid 2017), and designed, in addition to other strands of mainstream culture, the cover of Ídolo, an album by C. Tangana (2017, Sony Music). He has also curated Flowers; Abyss; Parataxis (La Casa Encendida, 2012) and, with Beatriz Alonso, is currently putting together an exhibition on the synchrony and eccentricity of artistic production in Madrid under the title Querer parecer noche (Wanting to Seem Like Night, Centro de Arte 2 de Mayo, 2018).

Michael Taussig is a social anthropologist and professor at Columbia University. He is the author of a broad number of essays, including The Devil and Commodity Fetishism in South America (The University of North Carolina Press, 1990), in which he explores how indigenism dismantles capitalist exchange; Shamanism, Colonialism, and the Wild Man: A Study in Terror and Healing (University of Chicago Press, 1991), an essay on the fictions of death during colonial terror in Latin America; and Magic of the State (Routledge,1997), on how the modern colonial state operates through principles of power and abstraction akin to magic. His work is key to understanding a material sense of the object which differs from the fetishist sense and that of the value of traditional change.

Diana Taylor is an art critic, theorist and professor of Performance Studies at NYU (New York University), as well as the director of the Hemispheric Institute of Performance and Politics. She is the author of the book Performance (Duke University Press, 2016), which explores the expanded use of the term, not only on an artistic level, but also economically, sexually and politically, with a view to conceiving of performance as an act which is inseparable from the manifestations of power, memory and identity. Moreover, she has studied the relationships between civil society, trauma and performance practices in Disappearing Acts: Spectacles of Gender and Nationalism in Argentina's 'Dirty War' (Duke University Press, 1997) and The Archive and the Repertoire: Performing Cultural Memory in the Americas (Duke University Press, 2003).

Jesús Vega is a philosopher of science and lecturer of Philosophy at the Autonomous University of Madrid. His work is based on an analysis of the epistemology of technique and perceptive experience. From the sphere of the so-called post-humanities, he has analysed the modes of knowledge production and awareness of the object. He is also the author of Los saberes de Odiseo. Una filosofía de la técnica (Eudeba, 2009), and a broad range of articles and contributions in collective books on the philosophy of science and technology. 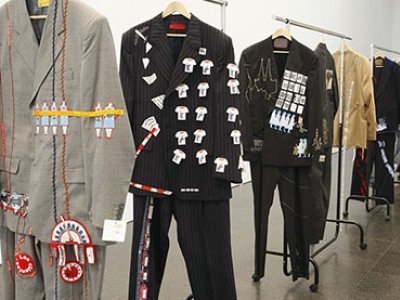 From the latter half of the twentieth century onwards, the material factor in artistic creation has not received the attention it merits, in all likelihood because it is deemed routine and irksome. Setting out from the analysis and study of specific works, for instance Dieter Roth’s Sea of Chocolate and The Brukman Workers. 8 Suits with Two Parallel Stories, by Alice Creischer and Andreas Siekmann, this lecture will explore material culture, and the polysemy of materials and their political and sociological capacity, in greater depth. 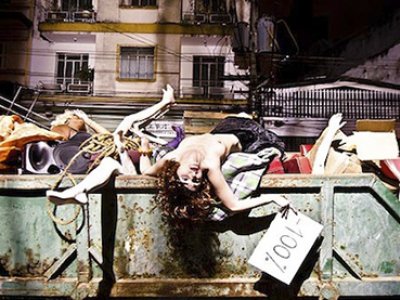 Presented by: Juan Albarrán (the Autonomous University of Madrid)

Bom Retiro 958 metros is a performance piece by Brazilian company Teatro da Vertigem which takes us on a walk around São Paulo and its phantasmagorical world of things: objects of consumerism — some still in use, some in disuse, and others directly in different states of disintegration. This experiential work challenges many of our assumptions about the wish to accumulate, transform, archive and collect “things” as we move through the darkest corners of an immigrant neighbourhood. Moreover, the lecture approaches performance as a ritual moving towards disappearance. What circulates? What remains? And, ultimately, what do we presume fades away from culture? 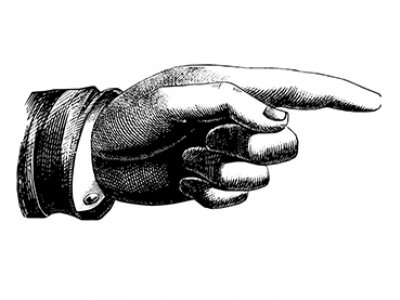 Actividad pasada Wednesday, 16 May – 7pm / Nouvel Building, Auditorium 200
Carlos Fernández-Pello
Touch without Touching. A Detour Around the Intangible Islands of the Index Finger

This lecture sets forth a long journey which is based on evocative and elusive references, contributing to an understanding of the way in which the seduction of materiality, the object, encyclopaedic and disconnected discourses, stemming from the Internet, surfaces in contemporary art practices. On Misima Island the inhabitants unite and transform language through their relationship with the material environment, and representations of the index finger in Western culture —pointing, determining, explaining, highlighting — are mixed together as a hermetic and appealing symptom. 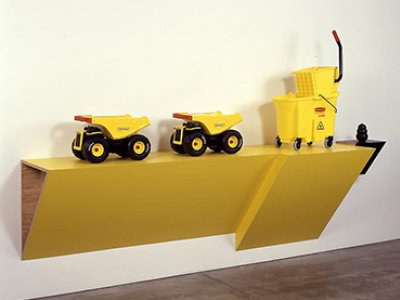 Presented by: Olga Fernández (the Autonomous University of Madrid)

Things have gone by and go unnoticed. Therein lies their strength, their binding nature, their reality in cultural terms. Yet cultural theory continues to show its fear of things and their materiality, or its contempt and neglect. Becoming entangled with them propels us towards derealisation and objectification, depending on how this fear is expressed. Conversely, what if there were solid, inescapable links which shape our cognitive, practical and expressive experiences? This lecture seeks to explore different ways of understanding experiences prompted by the way in which we become entangled with the materiality of things. Far from hastily declaring the end of things, this, therefore, points to how we should perhaps acknowledge their profound influence and proximity and re-examine our experience of materiality. 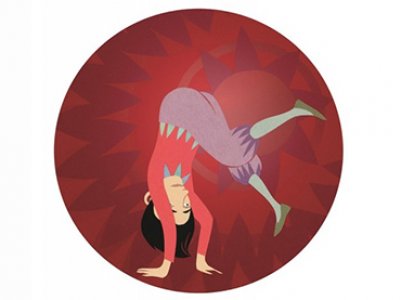 This session — part academic lecture, part performance lecture — reflects on Walter Benjamin’s story of Rastelli Raconte, a celebrated juggler who is invited by the regent of Constantinople to publicly demonstrate the skill which has brought him his fame: controlling a ball which seems to move on its own and only responds to Rastelli. Via this tale, Taussig seeks to explore the relationship that exists between the place occupied by secrets in our culture and the enigmatic knowledge of bodies that seem to communicate.