Specters: A Ciné-politics of Haunting gathers a selection of recent international film and video that conjures the hauntings of our collective cultural imaginary. Some phantoms arise from past injustices and political traumas, some apparitions, of catastrophic times to come. Still others speak to the unfulfilled promises of the past that continue to live on, dormant in our present. The inclusions, diverse and necessarily incomplete, represent powerful examples that join poignant aesthetic formulation to inspiring political commitment, and have been drawn from a range of geographical contexts that reference history, culture, and politics in Europe, Asia, and the Americas.

The series borrows its title from the recent film Spectres of Sven Augustijnen (2011), examining the disquieting presences from times outside of the contemporary, it offers less an iconography of otherworldly beings than a conjuring of haunting disturbances existing at the edges of representation. At the same time, the program alludes to the history of militant cinema, what the Argentine Octavio Getino, a film-maker and theorist of Third Cinema, would call ciné-politics, a popular and radical image that embodied the critical legacy of Avant-garde movements.

To be sure, most of the films in this series bear little resemblance to the collective revolt of militant cinema; yet they do advance the erstwhile commitment to documenting violence, struggling against repression, refusing to forget, and striving for a better world. As such, this series offers a ciné-politics of decolonization that offers a critical antidote to pervasive amnesia, and a space where the post-militant image can be revisited. This coming-into-being, however, is no exorcism or redemptive return-to-forgetting, but, to reanimate Derrida’s words, presents an ethico-political imperative: to “learn to live with ghosts, more justly.” 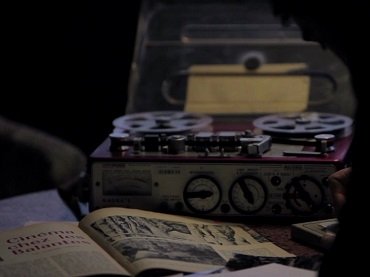 In recalling colonial life and the revolutionary moment of liberation, the diverse films of Vincent Meessen, Mathieu Abonnenc, and Pedro Costa, offer poignant entrances into current collective memory, overdetermined by the will-to-forget as much as by the painful reminders of what could have been but never was. How are current-day figures haunted by that past and its erstwhile dreams of emancipation? What can present archaeologies into the ghostly realm turn up, for instance, in regards to past critical studies of colonialism (as by Roland Barthes, as examined in Vita Nova)? And how are such visitations comparable to the troubled remembrance of former freedom fighters who struggled in now-forgotten movements of decolonization and socialist liberation, as in Portugal’s Carnation revolution of 1974,  which ended the fascist regime of Estado Novo, a history alluded to in the work of Costa and Abonnenc?. 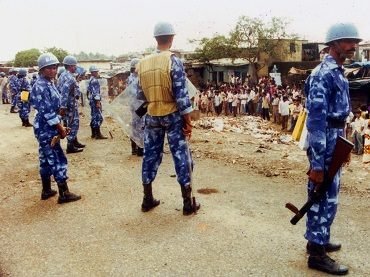 Songs against Caste in India

Premiering in Spain with this screening, Jai Bhim Comrade traces the atrocity of caste in India through the songs, poetry, and resistance culture from below. Shot over fourteen years, this masterpiece made by the foremost Indian documentarian investigates the fraught circumstances of the country’s Dalits, denigrated as “untouchables” for thousands of years, denied education, access to religious institutions, and allotted the lowest forms of manual labor. The film investigates the revolutionary figure of Bhimrao Ambedkar, who led the struggle for emancipation of his people, earned doctorates abroad, and came to write the country’s Constitution, eventually rejecting Hinduism’s repressive castism in favor of Buddhism. Patwardhan shows how Ambedkar’s demands for liberation and equality —comprising steps more radical than Gandhi had envisaged— live on in legend, storytelling, and collective song, in the subaltern aesthetics and just reason of India’s contemporary underclass, as revealed in the tragic story of Vilas Ghogre, a leftist poet and beloved street singer who hung himself in protest over the suppressed unrealized promise of Ambedkar’s vision. 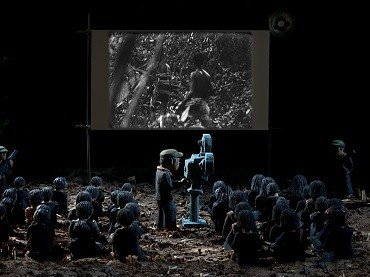 Motivated by Panh’s desire to find photographic documentation of the Khmer Rouge’s brutal rule in Cambodia between 1975 to 1979, The Missing Picture confronts not only the absence of actually existing visual evidence that can prove mass murder, but the irrevocable fact of representation’s inadequacy in recording the definitive History and Truth of events. What results is a moving tale about the Cambodian Security Prison S-21, told using clay figures, archival footage, and Panh’s voiceover that narrates the filmmaker’s searching quest for an image of atrocity that can only ever go missing. 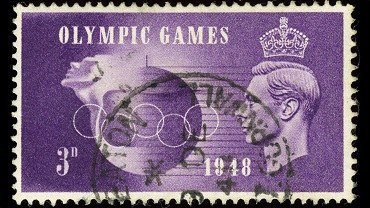 The Otolith Group. In the Year of the Quiet Sun, 2013
Digital HD, Original version, subtitled, 33’

The era of postwar decolonization in Africa was one filled with the imagined futures of liberation and independence, futures gradually clouded over by neocolonial regimes of financial servitude to world markets enabled by dictatorial regimes. In some cases, the leaders of newly independent nations who promised self-determination, were brutally arrested, tortured, and summarily executed (as in the case of Patrice Lumumba, the first democratically elected leader of postcolonial Congo), the history of which is shown to be obsessively reconstructed by a former Belgian diplomat and colonial apologist in Augustijnen’s film. Against such historiographic domination, The Otolith Group (composed of British artists and theorists Kodwo Eshun and Anjalika Sagar) rescues the diplomacy of 1960s Pan-Africanism, focusing on the emerging material culture of independence, specifically as constituted by the form of the postage stamp whose imagery proclaimed a new dawn of sovereignty. Yet it was also one that, in its iconography of monumentalized leaders, also divulges signs of the eventual eclipse of those imagined futures of emancipation also announced in this postal imaginary. 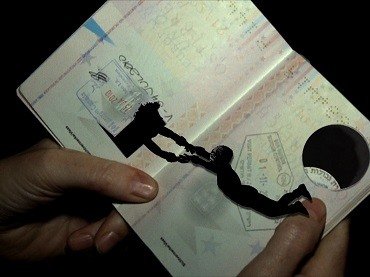 Ursula Biemann’s Deep Weather examines ecologies of devastation, including industrial destruction of the earth, looking closely at the hydrocarbon extraction taking place in Canada’s Alberta tar sands. This fossil fuel geo-engineering project produces ever more greenhouse gases, leading to rising seas, and Biemann also investigates the contemporary effects as felt in Bangladesh’s delta. The short video brings visual appearance to areas that put the lie to global neoliberalism’s growth model of “sustainable development.” In a second film, Biemann and Paulo Tavares investigate recent legal developments in Ecuador regarding “the rights of nature,” bringing legal standing to non-human subjects in order to protect against environmental destruction. These films share with Begg and Ressler’s The Right of Passage a re-arrangement of what counts in the realm of the visible, in their case, bringing attention to the ghostly presences of migrant subjects who, in an act of counter-spectralization that rejects a depoliticizing invisibility, contest the normalization of national identity and xenophobic policies in the EU. 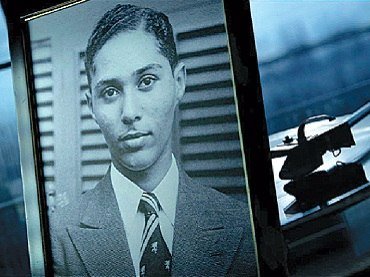 The Stuart Hall Project, 2013, is a masterful recent film by veteran member of Black Audio Film Collective John Akomfrah. It explores the professional life of Stuart Hall, the renowned Cultural Studies theorist and British-Jamaican public intellectual. Constructed from documentary footage sourced from the BBC’s archive, the film builds on the now-disbanded Black Audio Collective’s filmic studies (the focus of a recent film series held in the Museo) of great twentieth century intellectuals, activists, and cultural figures, such as Malcolm X, Martin Luther King Jr., and Michael X, and influential musicians like Sun Ra and George Clinton. In his new work, Akomfrah sets himself the challenge of giving aesthetic expression to Hall’s fundamental insight that “identities are formed at the unstable point where the ‘unspeakable’ stories of subjectivity meet the narratives of history,” including political narratives, postcolonial experience in postwar Britain, and contentious media archives. The piece materializes the subject within a heterogeneous image-archive resonating with the lived experience of migratory displacement—Hall moved to Britain in 1951 and lived there till his death in 2014—and the deterritorialized drift of recall between history and memory. 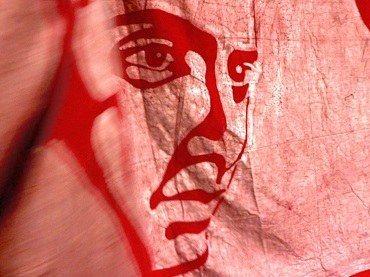 This session looks to a younger generation of contemporary moving image practitioners that address military conflict in India.

Karen Mirza and Brad Butler’s Unreliable Narrator examines the traumatic events of 2008 when Mumbai was hit with a series of coordinated bombing and shooting attacks carried out by Pakistani members of Lashkar-e-Taiba, an Islamist militant group based in Pakistan dedicated to establishing a Muslim state in South Asia. Examining violence and mediatization, sacrifice and the contested power of narrative, the film mixes documentary and CCTV footage with shots from a 2013 Bollywood Hindu docudrama of the events. We learn how terrorism increasingly haunts in the guise of spectacle, and how it is exorcized through the entertainment industry. Meanwhile, Sanjay Kak’s Red Ant Dream looks at the militant guerilla revolution taking place in India’s rural forests of Chhatisgarh, the site of a Maoist struggle against both the state’s economics of inequality and its pro-industry disregard for tribal ecosystems and natural rights. The specter of a future eco-catastrophe, propelled by India’s Western-style development, in this case drives the militant defense of the survival of India’s impoverished tribals and agrarian villagers. 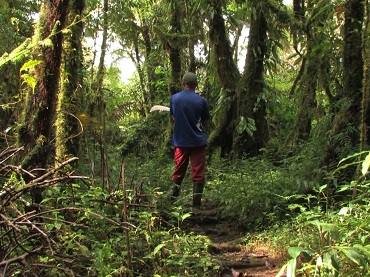 
In Salomé Lamas’s No Man’s Land, we encounter a Portuguese mercenary and hit-man who tells of his experiences fighting in the final days of colonial Africa, and as an agent of GAL (Grupos Antiterroristas de Liberación), participating in the state-sponsored death squads directed against the Basque separatists of ETA and the latter’s safe havens in France. We learn of his relations to the cruelties and paradoxes of power, only to face his tortuous ethical justifications for his horrible crimes, leaving us to wonder: Is he haunted by the violence he’s committed? With Trees, the focus is on the survivors of colonial terror. The film depicts the visit of Antonia Pilar to Bioko, the island off the coast of Equatorial Guinea, where she hears stories of the Spanish colonial past. Created by Colectivo Los Hijos (comprising Spanish artists Javier Fernández Vázquez, Luis López Carrasco, and Natalia Marin Sancho), the film relates legends of the native Bubi people, and juxtaposes it to the contemporary experiences of a young white Spanish couple living in a residential colonies in the periphery of Madrid during financial crisis and confronting persistent unemployment. Trees shows how colonial violence and creative resistance live on in poetic fragments marooned in the present.

free, until full capacity is reached