free, until full capacity is reached, with prior ticket collection required on the Museo Reina Sofía website from 10am on the last working day before the activity. A maximum of 1 per person. Doors open 30 minutes before the activity

Politics and Aesthetics of Memory

Education programme developed with the sponsorship of the Banco Santander Foundation

What does remembering the ethical, aesthetic and political experiences of Republican exiles mean eighty years later within the global context of the climate emergency and migrant crisis? In the framework of the last century’s world wars, a new citizen figure was born: the refugee. This figure embodied the experience of hundreds and thousands of Spaniards, and founded a political world we still inhabit. A century on, the full mobilisation of resources, bodies and weapons of global capital cause migrant flows on a scale that is unprecedented in human history, constituting a threat from which increasingly fewer sectors of the population in Western countries are exempt. To return to the experiences and knowledge developed by thousands of people exiled after the Spanish Civil War is to do so from this evidence. The debate no longer revolves around the place wrested from the national history of those banished from the country by death and destruction. It is not about any recognition owed to artists, intellectuals, researchers and people who contributed so much to the artistic and civil life of their new-found homes. For perhaps the objective is not so much to “bring back exiles”, or “recover them” in relation to those areas of experience that were not, or could not be, assimilated. Rather, it is to propose, from this impossibility, other modes of transhistorical dialogue. The proposal here is to summon exile, to ponder its archive of experiences and knowledge as a set of useful notions today in order to think from diaspora so we can relate to the degree of exile or migrant that may be in each. For the diasporic position, ahead of being a form of diminished national identity awaiting restoration, must now be understood as a radical place of vulnerability, one of aesthetic and political creativity. From there it is possible to open other unknown experiences and configurations, thereby establishing alliances with them.

This was considered and stipulated by Iberian exiles in 1936. Or at least a percentage of those people. For them, exodus also represented distance from national mechanisms and techo-capitalist modernity. The experience of anomie and dispossession, of contact with every form of exclusion, and difference meant that many radically questioned things and, in the process, the great Spanish myths were thrown into crisis, as were narratives of the Conquista. The imagery of a pilgrim Spain was born, able to lead to non-Western espistemologies and forms of alternative religiousness or revolutionary spiritualty. Concurrently, poets, draughtsmen and photographers documented, in first person, the concentration-camp archipelago in European nations, the necropolitical continuity between liberal capitalism, colonial government and the totalitarian state still called “progress”.

By way of these premises, this seminar, conducted by lecturer and researcher Germán Labrador Méndez, sets forth a discussion around certain points in time from Spain’s stateless archive through the works — writings, drawings, cultural and political undertakings — of a broad number of its members — children, women, men — as it seeks to establish moments of rupture, in which the destituent powers and the utopian potential of diasporic experience are expounded. Each session in the seminar is organised around these three emblems: labyrinths, savages and spirits, all central figures in exilic imaginary, but rarely the subject of studies. As a whole, they speak of transit and nostalgia, of search and misdirection, of the self and its demons, of the monster that constitutes or threatens us, of death and the afterlife, of the cultivation of memory, and its ruin and possible return.

Education programme developed with the sponsorship of the 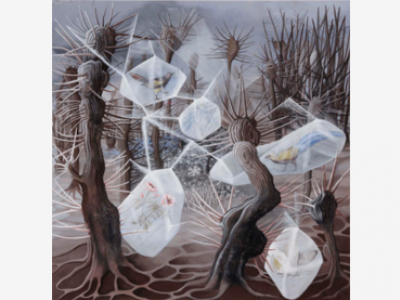 Historical, individual and collective experiences find an image of utterance in the labyrinth. The labyrinth speaks of the manufacturing of memories, of its impossible governance, of loss and its circles. From the labyrinth, Republican diaspora becomes accessible on its different paths, from the concentration-camp galaxy of Max Aub — which leads from the French camps to anti-fascist resistance and to the Lagers of Nazi extermination — to the “labyrinth of Spanishness” that inhabited the dreams of democratic intellectuals after Franco’s death. At that point, the cultural memory of Iberian diaspora was defined in the geopolitical disputes over the Atlantic and memories before and after the Cold War. After the fall of the Berlin Wall, the Republican maze questions us apropos of the hospitality between identities and languages in cross-border communities. Labyrinths govern the genealogical relations and blood discourses that diaspora establishes and cuts off, as well as its arboreal metaphors — trunks, branches, roots, rhizomes — the botanical language the exile requires for utopian archives and future museums. 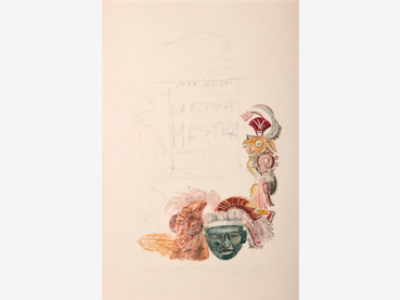 Diasporas have in place a biblical tropology— the expulsion of Eden, Exodus, the return of the prodigal son, the escape to Egypt, among others — which the Republican imagination in exile does not hesitate to summon in its favour. As a civil religion, from this poetic mould, the pilgrim Spain finds in León Felipe its greatest poet and in Quixote the mythic-poetic emblem for the roaming Spaniard. Starting out from such a figure, the modern metaphysics of the refugee is fleshed out, and is one of the two main lines of work of exile in the symbolic. The other line makes a more valuable mystical device out of the critique of the colonial enterprises of the past. It is about inhabiting not only “the departure” but also appropriating exiled lives from the experience of those banished from the empire. As the history of the Bartra and Muirà family elucidates, from exile there is experience of “the other” as “re-encounter”. It is about the myth of the savage, where, from the conflict between the individual and estrangement, the third possibility of a gaze comes into being — the mixed-race sphinx — which explores the fissures of modern narratives of civilisation and brutality in its American projection. Animals, the indigenous, slaves, the evicted, vagabonds and madmen forged, with exiles, an intense poetic alliance. Thus, it is possible to track a non-binary logic, explored in this session as necessarily intersectional, by means of different works, navigating between myths, masks, islands and cannibals, colonial ghosts and modern allegories. 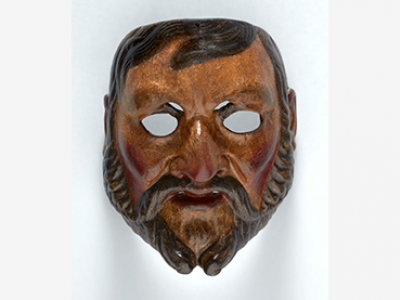 In narratives of diaspora, biography and history cross over decisively; personal time with other common times, those belonging to a given nation, class, absent community, generation, or ecosystem.

These different times constitute a memorial landscape which is also geographical. Thus, in the case of the Atlantic, in recent years an array of disciplines has described it as a territory of transits, resistance and rule. A place of community mourning. An Acheron. Republican diaspora responds to this same historical and biographical demand, interrogating the place of death and the possibility of crossing it. Therefore, exile is, concurrently, political and ontological, at once an interior and exterior loss. Diaspora affirms the conjoint form of discontinuity, but also survival, both in the void and in memory. That is the paradox of Republican exodus, an eerie province of a nation, its absent presence which, nevertheless, knows how to utter through the language of spirits. Communication with the dead and the migration of souls would be core dimensions of exilic narratives in an aesthetic and philosophical paradigm — with patent religious drifts — which also enable a meta-historical conversation to be set in motion. Only from a posthumous perspective can exiles from different times and places speak to one another as equals. From the “circle of death” the poet León Felipe describes, the experiences of interior reclusion (encryption, moles, conversion) enter into dialogue under Francoism with those of anomie and transculturation in partibus infidelium.

Thus, from these codes such divergent literary or artistic works, such as those by Sender, Iñárritu, Rodoreda, Zambrano, Benjamin, Castelao, Salabert and Tolrà, are expressed. 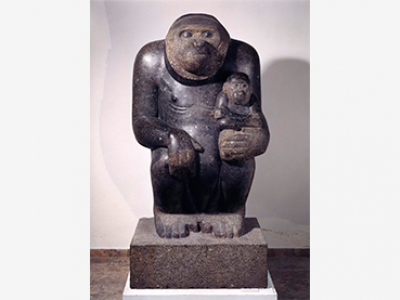 The year 2019 marked eighty years since the start of Republican exile, framed in the context of a global migration crisis and with clear parallels between the new and old fields of the displaced in Europe. The memory of Iberian diaspora thus became part of a much larger history of displacement and return, a history which did not begin with the Civil War, did not end in the Transition to democracy in Spain, and does not have Spaniards as the sole protagonists. This lecture takes up this synchrony to consider new relationship modes with Republican exiles.