In recent years, it has been pointed out that one of the identifying features of Spanish alternative film is the exploration of the real. This series, however, looks at the other side, the return to a narrative that, formulated upon the basis of allegory, expropriated stories and the renewed role of the spectator, flows beyond the space of stories.

Fiction, in the logic of film discourse, is usually considered a closed system that presents an airtight world set up by the filmmaker. The film shoot, following this idea, responds to a rigid staging process designed to ensure the translation of the work from screenplay to moving images. In contrast, the ten films chosen for this series challenge this condition which, using the ideas of Noël Burch, might be described as the exile of chance. With a variety of media and enunciations, the selected filmmakers and artists understand fiction to be a multiplication of experience and a cross between the subjectivities that give it meaning, a meaning that is anything but univocal and instead appears in an ongoing state of interrogation. If more orthodox film generally engages in an image fetishism that, in the sense put forward by Benjamin, erases any tie between the image and its means of production, the films included in Unending Stories use images and their narrative with the opposite intention: as a medium for questioning who, how and from which vantage point the story is told. So, here the story is not a life-like mask by which to convey the real, but rather an element with which to broaden the real.

The Unending Stories program looks into different ways of telling. In the first place, there is telling that uses history's fundamental archetypes, such as in the case of Història de la meva mort by Albert Serra and Finisterrae by Sergi Caballero, treated here from the perspective of allegory and the grotesque. Secondly, the telling can use objects found and resignified within the story, such as La casa Emak Bakia, by Oskar Alegría, and A Story for the Modlins, by Sergio Oksman. Thirdly, stories can be told by examining myth as the repetition that builds identity, whether that of a community, as with Arrianos by Eloy Enciso, or of a territory, as with Conxo in Fóra , by Pablo Cayuela and Xan Gómez Viñas. Fourthly, the telling might entail showing the role of the spectator in the construction of a supposed truth derived from the dispute between image and language, such as in El jurado, by Virginia García del Pino, and Invisible , by Víctor Iriarte. And lastly, there is the telling that develops the fiction as an archive from which to excavate the stories buried by the “film” institution, as in Hollywood Talkies by Óscar Pérez and Mia de Ribot and Negative Inchon by Adrià Juliá.

In short, Unending Stories features a series of recent audiovisual works driven by a new type of narrative that, far from exhausting the real, takes it to a new irreducible state. 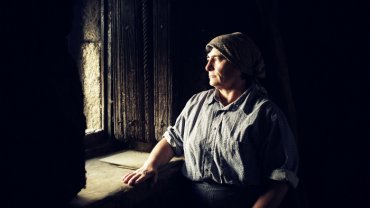 Between existentialism and scepticism, Arraianos blends a mythical moment with a historical moment. The film appears to reflect on the rapidly disappearing agrarian way of life, using a cinematic language that contains references to Pedro Costa and Straub-Huillet. The Arraianos, the inhabitants of the border region shared by and , are, however, a fictional people, the roles being performed by amateur actors that recite, with distance, dialogues taken from the theatrical piece O bosque (1977), by Jenaro Marinhas. Under the pretext of filming an identity, Arraianos shows the discourses that invent such an identity. 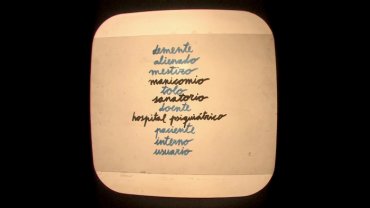 The co-director of the film, Xan Gómez Viñas, will be present

The insane asylum: factory or landscape? With this reflection begins this look at the history of the insane asylum located in Conxo and at the institutional repression of insanity. Founded at the end of the 19th century on the outskirts of , the asylum was the site of one of the most important moments of the anti-psychiatric movement taking place between 1972-1975, when, according to one of the doctors there, “while trying to free the insane, we freed ourselves.”  The film, with echoes of Peter Robinson and Joaquim Jordà, is built on a visual atlas of documents that shows the traces of a resistant subjectivity. 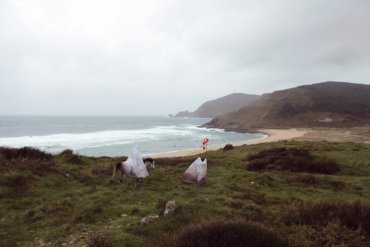 With a dense web of references ranging from the Buñuel of La Voie Lactée to the Garrel of La cicatrice intérieure,  and including also elements of road movie and music video, Caballero alludes to an accumulative, but not eclectic, state of the image. Finisterrae narrates the adventures of two ghosts who are tired of living and decide to follow the Pilgrim's Road to in order to regain their mortality. Meanwhile, a number of unconnected situations take place, representative of the search for an extravagant and exaggerated meaning that is able to create amazement once again in response to what is being told. 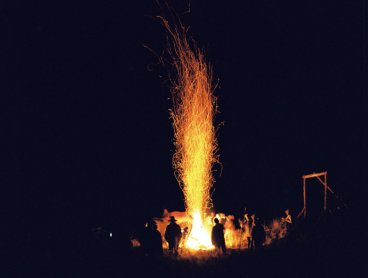 The filmmaker will be present. National premiere

Technical specifications: 2013. Spain and France. In Catalan, with Spanish subtitles, colour and sound, 140'.

Like the 200 hour-long monologues by Goethe, Hitler and Fassbinder in his previous film, Els tres porquets (2012), here also Serra presents a twilight story based on text and its interpretation. Historia de la méva mort tells of the slow decline of European civilization by using another anachronism, the encounter between an enlightened Casanova and a pre-romantic Dracula. The films suggests that licentiousness as an exercise in autonomy and emancipation of the subject is beginning to be replaced by uncertainty and contemporary superstition. 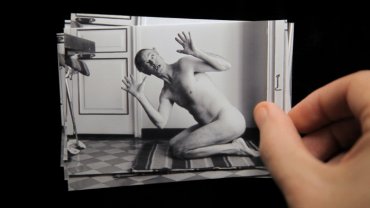 A story for the Modlins

The emotional charge of Barthes' punctum in response to the realism of photography is the resource used to tell this story. The film takes place on the line between what is true and what seems to be true, between what images document and what they invent. The discovery of a suitcase full of old photos leads the narrator to a wild tale that starts in the New York apartment seen in Rosemary's Baby and ends in an apartment on Calle Pez in Madrid. A Story for the Modlins shows the sophistication of the poetics of the found material. 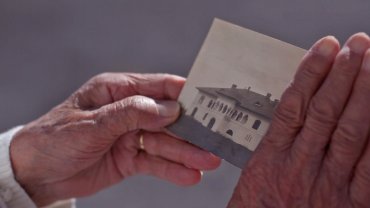 This film, the first feature by Oskar Alegría, is a complex narrative artefact configured around the search for the house where Man Ray filmed Emak Bakia (1926), one of the fundamental surrealist films. At the same time, it is an essay that develops amidst the figurative and material footprints left by the early avant-gardes, and also an inquiry into mystical journeys of initiation where, as if in a theatre of images, the social types of the early 20th century circulate. 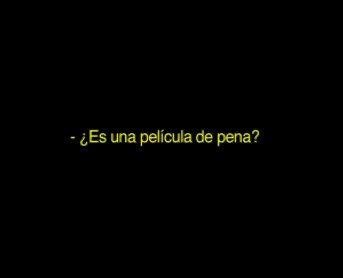 Invisible plays in the area between what is shown and what is hidden, between the expectation of what viewers think they will see and what they actually see. The film “illustrates” its argument with segments from the soundtrack's production process. Heavily influenced by performance and video art, this film provides an example of filmmaking based on both listening and seeing.  The text, music and narrative intertitles reduce the centrality of the image, and give the spectator renewed protagonism. 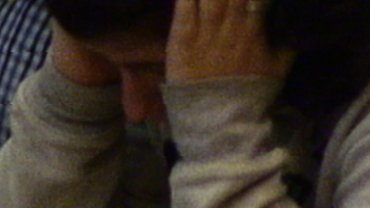 Over a period of 60 minutes El Jurado tells the story of a real murder as narrated by lawyers, witnesses and the accused during the trial. However, there is no mise-en-scéne or documentation in images, just close-up views of the pixelated, almost abstract, faces of some members of the jury. The successive reactions in their faces indicate that this film is about the rhetoric of the speaker and the scepticism of the listener, now playing the role of judge. 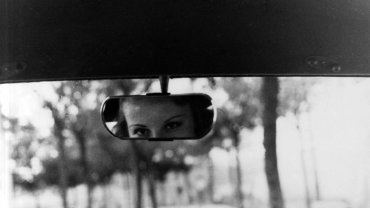 The co-director of the film, Mia de Ribot, will be present

Technical specifications: 2011. . In English, with Spanish subtitles, colour and sound, 61'

This film explores fiction within fiction. In the early years of talking pictures, before dubbing, decided to expand to the  South American market by duplicating its most successful films with Spanish actors. During the years of the , a large group of actors, screenplay writers and technicians travelled from to to act in these uncanny reproductions, reinforcing paradoxically the Latino stereotypes. The film Hollywood Talkies, based on still photos and shot in the places actually used during the project, is the chronicle of a failure, presented as a ghost story. 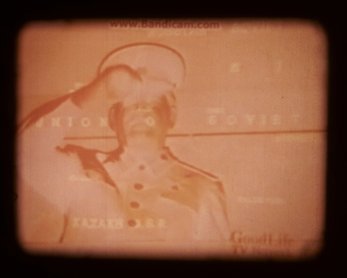 Negative Inchon (from the Notes on the Missing Oh series)

The artist will be present

Oh, Inchon!, which premiered briefly as Inchon (1981), is a super production about the 1950 landing of U.S. forces during the Korean War. It is also the story of one of the greatest fiascos ever. The film, considered by many to be racist and colonialist, was withdrawn from cinemas and put in a warehouse just a week after release. In the series Notes on the Missing Oh, Adrià Julià explores the film, its context, spaces and discourse, as a story about the limits of the film industry. Negative Inchon is the projection on film of the digital version of , which was posted on Youtube by an anonymous user and filmed again, in negative, by the artist.

Free of charge, but seating is limited. Tickets must be collected at the box office (Sabatini building), two days before each session