The Constellations series, begun in 1943, owes its title to the influence of Marcel Duchamp and the critic James Johnson Sweeney. Alexander Calder did a group of hanging mobiles and standing mobiles (‘stabiles’) in wood and wire which, decades later, in 1971, he related to Joan Miró’s Constelaciones, a series of 23 tempera paintings done between 1940 and 1941, which Calder saw in 1944 when they came to New York. Calder’s interest in cosmology dated back to the beginning of the 1930s, when he did works in painted sheet metal and wire evoking the movements and the pure forms of the planets, but differing considerably in character from this piece, based around biomorphic forms referencing works by Miró, Yves Tanguy and Jean Arp. 1944’s Constellation is not coloured, and is a wall piece with a mobile section finding the rhythmic form and contained motion of a subtle, ordered universe that is poetic and serene. Like Miró’s works, whose small formats “give the impression of large frescoes”, as the artist himself said, Calder’s Constellations are also aiming at a monumentalism that would later inspire him to build the Towers series, which has a direct link to this series.

Room 405
Artworks in the collection

Room 405
DYN and the International Exhibition of Surrealism in Mexico 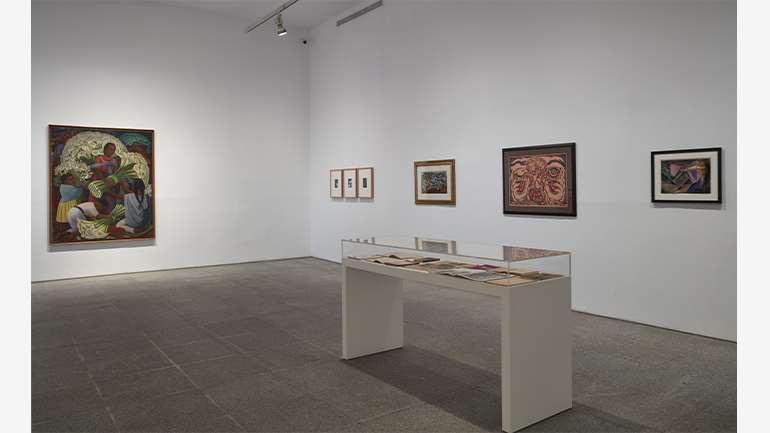