An accurate depiction of a cruel, dramatic situation, Guernica was created to be part of the Spanish Pavilion at the International Exposition in Paris in 1937. Pablo Picasso’s motivation for painting the scene in this great work was the news of the German aerial bombing of the Basque town whose name the piece bears, which the artist had seen in the dramatic photographs published in various periodicals, including the French newspaper L'Humanité. Despite that, neither the studies nor the finished picture contain a single allusion to a specific event, constituting instead a generic plea against the barbarity and terror of war. The huge picture is conceived as a giant poster, testimony to the horror that the Spanish Civil War was causing and a forewarning of what was to come in the Second World War. The muted colours, the intensity of each and every one of the motifs and the way they are articulated are all essential to the extreme tragedy of the scene, which would become the emblem for all the devastating tragedies of modern society.
Guernica has attracted a number of controversial interpretations, doubtless due in part to the deliberate use in the painting of only greyish tones. Analysing the iconography in the painting, one Guernica scholar, Anthony Blunt, divides the protagonists of the pyramidal composition into two groups, the first of which is made up of three animals; the bull, the wounded horse and the winged bird that can just be made out in the background on the left. The second group is made up of the human beings, consisting of a dead soldier and a number of women: the one on the upper right, holding a lamp and leaning through a window, the mother on the left, wailing as she holds her dead child, the one rushing in from the right and finally the one who is crying out to the heavens, her arms raised as a house burns down behind her.
At this point it should be remembered that two years earlier, in 1935, Picasso had done the etching Minotauromaquia, a synthetic work condensing into a single image all the symbols of his cycle dedicated to the mythological creature, which stands as Guernica’s most direct relative.
Incidents in Picasso’s private life and the political events afflicting Europe between the wars fused together in the motifs the painter was using at the time, resulting both in Guernica itself and all the studies and ‘postscripts’, regarded as among the most representative works of art of the 20th century. 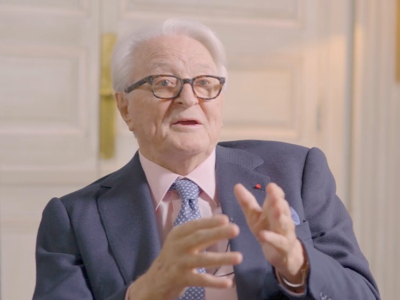 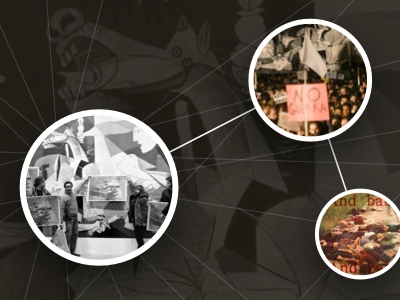 See all the artworks