From the late 1940s, Ángel Ferrant’s sculptures took on new challenges and new interests that stemmed from the artist’s fascination with prehistoric art. These ideas gave rise to works such as the Serie ciclópea (Cyclopean Series, 1947), exhibition projects like the Nuevos prehistóricos (New Prehistorics) which he supported at Madrid’s Clan Gallery in 1949, and encounters such as the ones run by Ferrant and Mathias Goeritz at the Altamira School. Until 1957, Ferrant worked on pieces that were primitive (or “primordial” according to critic Juan Eduardo Cirlot), that delved into ancient form and expression while simultaneously focusing on the originality and authenticity of the material used. This interpretation of the primitive clearly marks Majestad (Majesty): the goddess-figure of female fertility, present in a number of periods and places in prehistoric European art, is shown here as a majestic seated figure, distinguished by her maternal attributes in a similar way to the many statues of prehistoric ‘Venuses’. Ángel Ferrant believed primitive man to be capable of producing, of creating, as opposed to the ability to imitate or reproduce in later art: “[Primitive man] presents, re-presents the figure that has been figured out; it is the image that has been imagined by virtue of an impression which gave rise to an impressive work. He produces, but he does not re-produce.”

Ángel Ferrant
Artworks in the collection 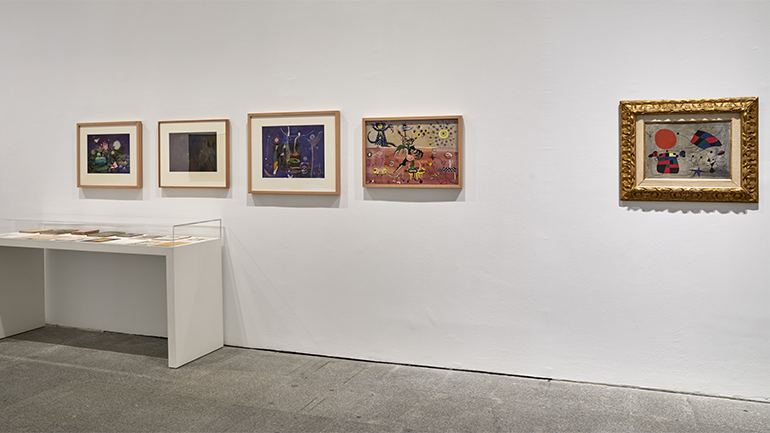