Louise Bourgeois used spiders as the subject of a number of drawings during the 1940s, and it was a motif that she would return to in a series of sculptures done in the 1990s. This piece, one of the first in the series, was shown in spring 1994 at the Brooklyn Museum, and purchased shortly afterwards by the Museo Reina Sofía. Spider presents an ambiguous image: behind the threatening appearance of this towering arachnid there is an allusion to the spider as protector against evil, a benefactor feeding on disease-carrying insects. On the other hand, there is a clear idea of shelter, as the spider forms an internal space (in the same way that the spider’s web is both a food trap and a living space). But for Bourgeois, the animal’s principal allusion is the archetype of the mother: patient, clean, hardworking and indispensable. The needle in the sculpture is a key biographical reference: the artist’s mother repaired tapestries, which goes some way towards explaining the place occupied in her imaginary by the spider as a metaphor for the mother spinning, in the artist’s words "the thread of life, a spider's thread cut by the mother."

Room 419
Artworks in the collection 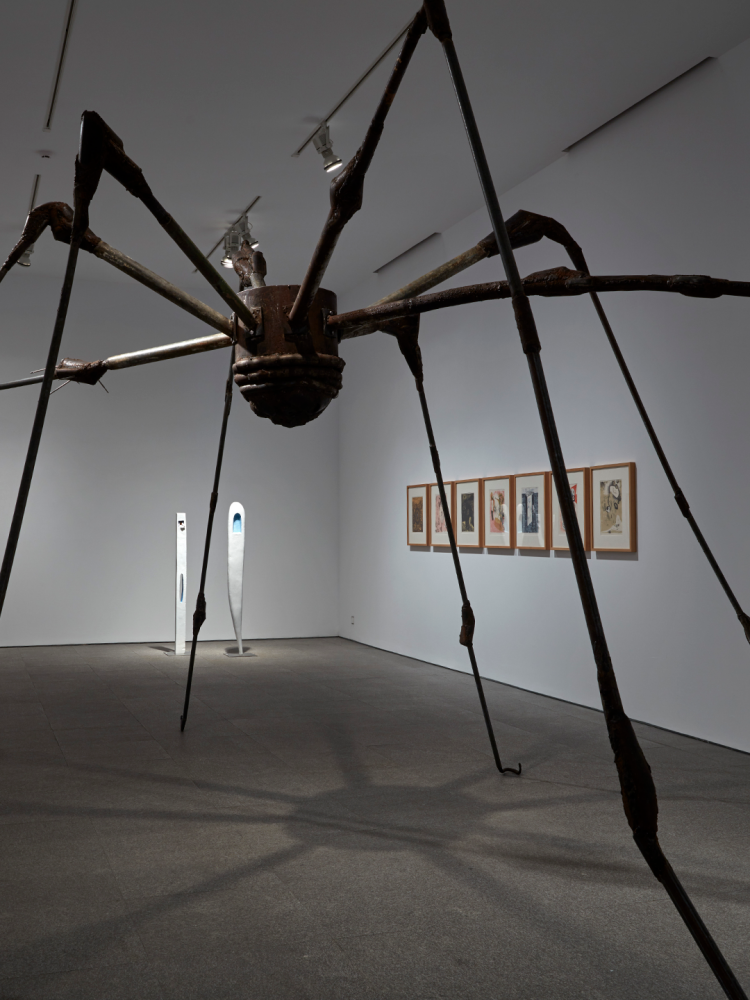