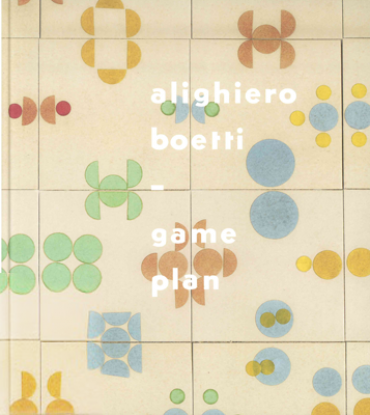 The catalogue, published by the three institutions that took part on this project, contains more than the hundred works gathered for the exhibition, encompassing Boetti’s entire artistic trajectory, since 1966 to his early death in 1994. After a long period of study and documentation, the curators, with the support of the Archivio and the Fondazione Alighiero Boetti, have made a careful selection, focusing on displaying the artist as one of the most fascinating and influential figures in the second half of the 20th century. It includes essays from the curators in addition to texts by other authors.