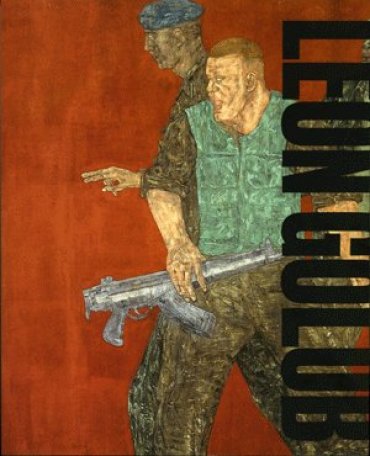 As the first Leon Golub exhibition made in Spain, the retrospective offers his artistic trajectory encompassing more than five decades, from the 50s to his death in 2004. The retrospective is composed by approximately a hundred works, large format paintings among them, reflecting Golub’s figurative style and his interest on Greco-roman themes and iconography with a potent political imaginary, charged with symbolism to portray power and political relations in the human body. As Golub was alien to Informalist tendencies and movements that dominated after World War II, his work renewed the figurative painting.